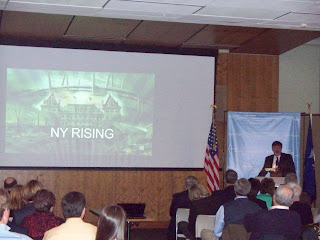 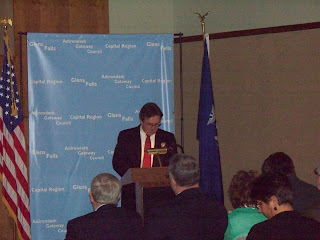 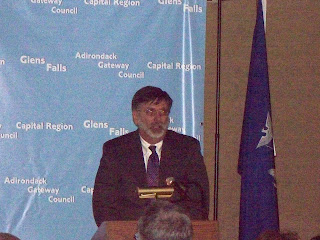 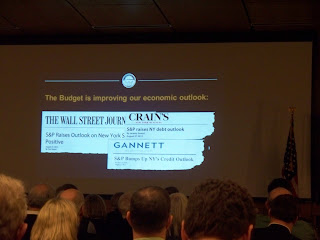 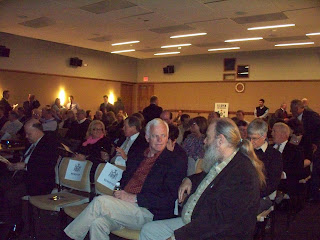 The crowd before hand, supervisors Pete McDevitt and Ron Vanselow in front, Warren County Chair Lynne Bocher, left, behind them. 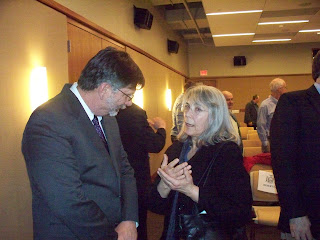 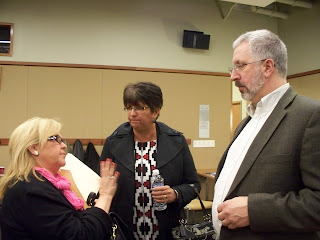 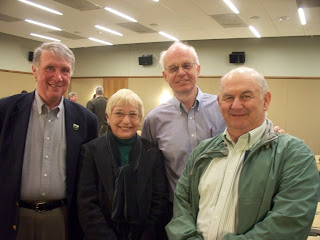 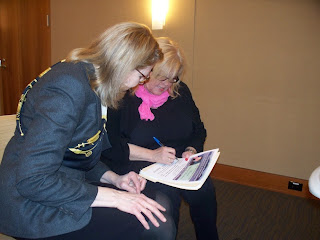 Posted by Democrats at 4:21 PM No comments:

It was ten years ago last night that the Glens Falls Meetup For Dean For America held its first meeting. The group gave Dennis Tarantino a standing ovationfor his Assembly run, heard solar energy consultant Randolph Horner speak on solar fields, and cut the anniversary cake. 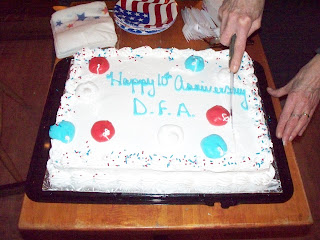 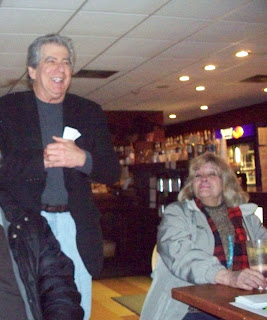 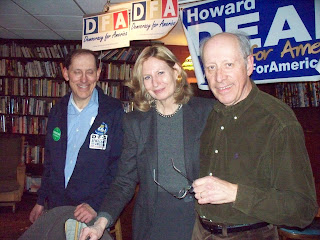 Coordinator  Larry Dudley with Pat and Dick Dudley, who donated the cake 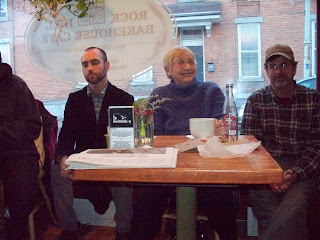 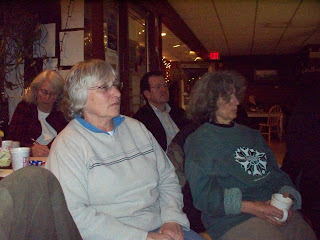 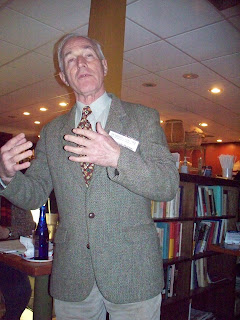 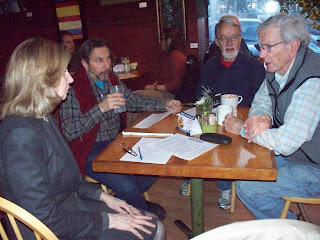 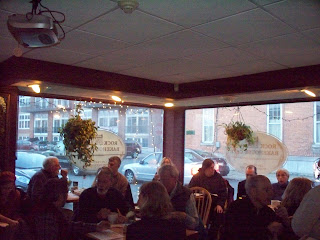 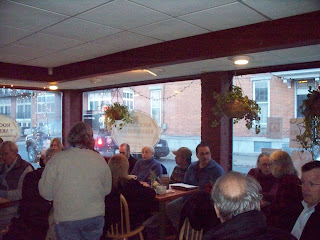 Posted by Democrats at 3:11 PM No comments:

We have just received this:

It is my pleasure to cordially invite you to join Mr. Robert Megna, Budget Director, New York State Department of Budget, for a presentation and discussion of the enacted FY2013-2014 Executive Budget and Management Plan, tomorrow, Thursday, April 04th, at 2:30PM in the Crandall Public Library, located at 251 Glen Street, Glens Falls, NY 12801.

There will be refreshments with the doors opening at 2pm.   This is an important presentation that Democrats should want to attend!
Posted by Democrats at 11:43 AM No comments: